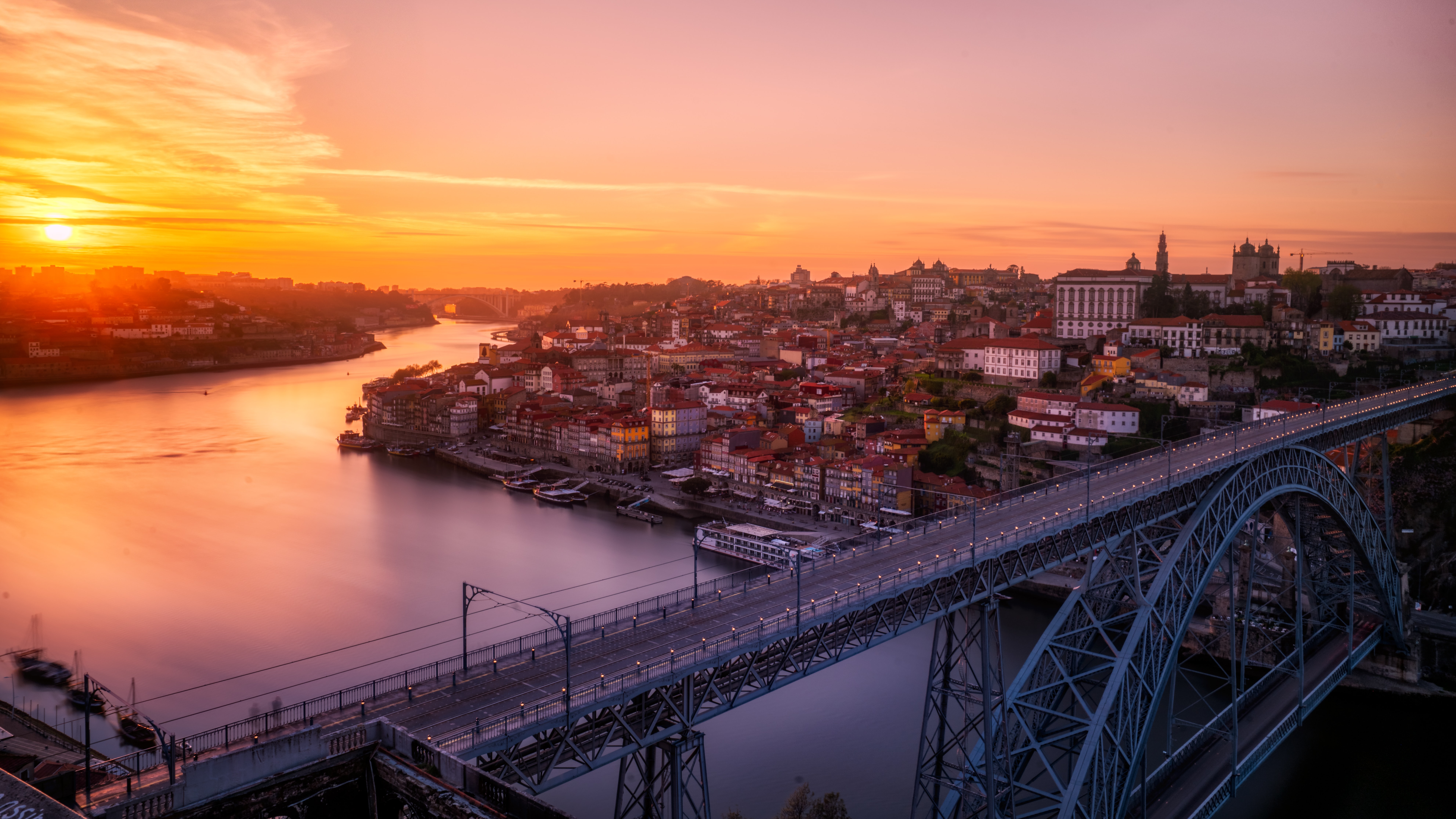 Back
Oporto Student Living | 26 Oct, 2022
Best Places for a Night out in Oporto

Oporto is a city on the riverside, so it has a very particular feature, almost all the bars and clubs are located downtown and they are all very close to each other. In this article we will show you the best places to drink, socialize and dance, from late afternoon until dawn.

At night in Oporto, you will never feel alone, because the “Portuenses” always live up to their well-deserved reputation as hospitable people and are always ready to reveal the secrets of one of the most exciting night scenes in Portugal.

Baixa, which until recently was ignored and forgotten, has now become one of the most exciting regions of Oporto, this constitutes the historic center of downtown with monuments such as the famous S. Bento station and the Clérigos tower,

Baixa is currently the epicenter of the new nightlife in Oporto, thanks to the impulse of a group of artists and entrepreneurs determined to give a new look to the old city. Nightlife revolves around two parallel streets, Rua Galeria de Paris, very famous in the city’s night scene and which tends to get crowded very easily, even on cold days, and Rua Cândido dos Reis, which includes the Guilherme Gomes squares. Fernandes and D. Filipa de Lencastre. In these streets there are several bars with different types of drinks. The caipirinhas, the reinvented cocktails based on port wine and the SuperBock are the preferences of the locals. As the night progresses, the music starts to get more sophisticated, with styles like reggae, house or techno and the dance floors start to fill up.

Ribeira, bathed by the Douro River, is considered the most photogenic image of Oporto and one of the most fascinating in the city. Classified by UNESCO as a World Heritage Site, it is impossible not to go to Ribeira and not sit on one of its terraces at night, with a glass in hand (port wine preferably),

For many, Ribeira is the perfect place to start the night on one of the bars by the river. Later you will find other bars with extended opening hours hidden in the most unlikely places and apparently deserted squares, such as ANIKI BOBO. This space for music and alternative culture is located in a 17th century building whose interior is composed of three areas with different environments. It is frequented by an eclectic clientele and is one of the most interesting night scenes in Oporto.

Thanks to its privileged location, Foz do Douro has become a cool and more relaxed environment. In this area you can also find the famous São João Baptista Fort, a fort built in the 16th century to protect the entrance to Oporto through the river.

With several boutiques, old taverns where you can enjoy excellent fish, trendy restaurants and bars with a peaceful atmosphere to eat at any time of day, Foz is also known as the home of some of the most prestigious clubs, the place where locals and tourists come at night in search of its great atmosphere and music to dance until dawn.

Open since 2001, Maus Hábitos defines itself as a cultural producer, an alternative platform, a space for artistic information, but also a space for parties and drinks in the late afternoon. It has been home to transgressive cultural interventions with strong links to what goes on in Rotterdam, Hannover and Barcelona. Maus Hábitos serves as a platform for the dissemination of the work of up-and-coming artists, where the icing on the cake is the magnificent view over the city.

It is a place of nonconformity, equipped with an unconventional art gallery, a lounge bar, a charming interior patio and terrace, a concert hall and much more, where regulars and passing artists live together.

Maus Hábitos closes on Monday. It opens at noon and closes at 4 am on Fridays and Saturdays and at 2 am on Wednesdays and Thursdays. On Tuesdays at 00:00 and on Sundays at 17:00. During the week, admission is free, and if there is a show going on, if not in the lounge bar, just pay to enter the show. On weekends, admission is usually paid.

The Indústria Club, located on Avenida Brasil, is the oldest club in Oporto, opened in 1986 and renovated six years ago. After a short period of closure, the most charismatic nightclub in Oporto reopened its doors with new management. With a huge tradition in the city, with a lively and selected atmosphere, it is one of the most charismatic spaces of Oporto night and tells stories with more than 30 years. Over the years it has become one of the oldest points of reference in the city, with performances by nationally and internationally renowned DJs.

The careful programming, premium service and selected atmosphere make Indústria the most desirable place for those who love to go out at night.

Best known for its parties and variety of music styles, Plano B is one of the best options in Oporto when the goal is to dance until the morning.

Plano B is considered one of the most popular bars in Oporto, but in addition to having two different dance floors with different styles of music, it also has a calmer atmosphere and sofas on the entrance floor for when you are tired of beating the clock. standing on the dance floor. Inside, the atmosphere is cozier, decorated as if you were at home. lamps, chairs, mirrors and vintage furniture together with the DJ music creates a more fun atmosphere.

Plano B is more than a place where you just go dancing and have a drink, you can also be part of a play, cinema or exhibition. The events it hosts range from art, design and architecture exhibitions, gatherings and workshops to live concerts. During the week the cafeteria is open in the afternoon and there is free wireless internet.

An experience that you are not going to forget. Immerse yourself in the Oporto nightlife with its people, its places… and it will give you unforgettable memories. And here we have a lot to say. Xior is where everything starts. The student residency that provides you with the perfect plan: you are going to live in another city, to study what you like with your own room or studio, where you will be able to come and go when you like and live the way you like. Reserve your place at Xior and start a new, absolutely amazing stage of your life. 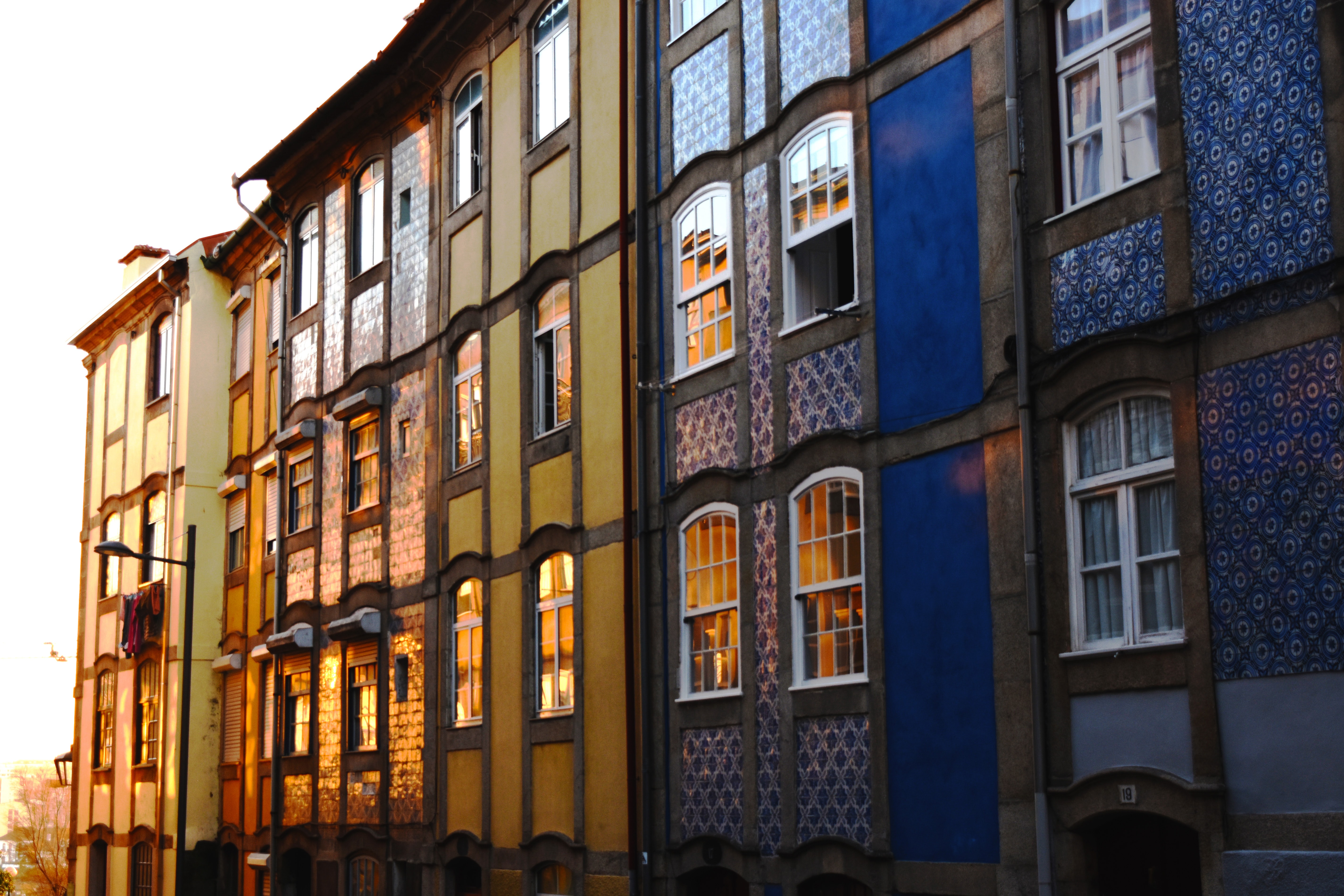 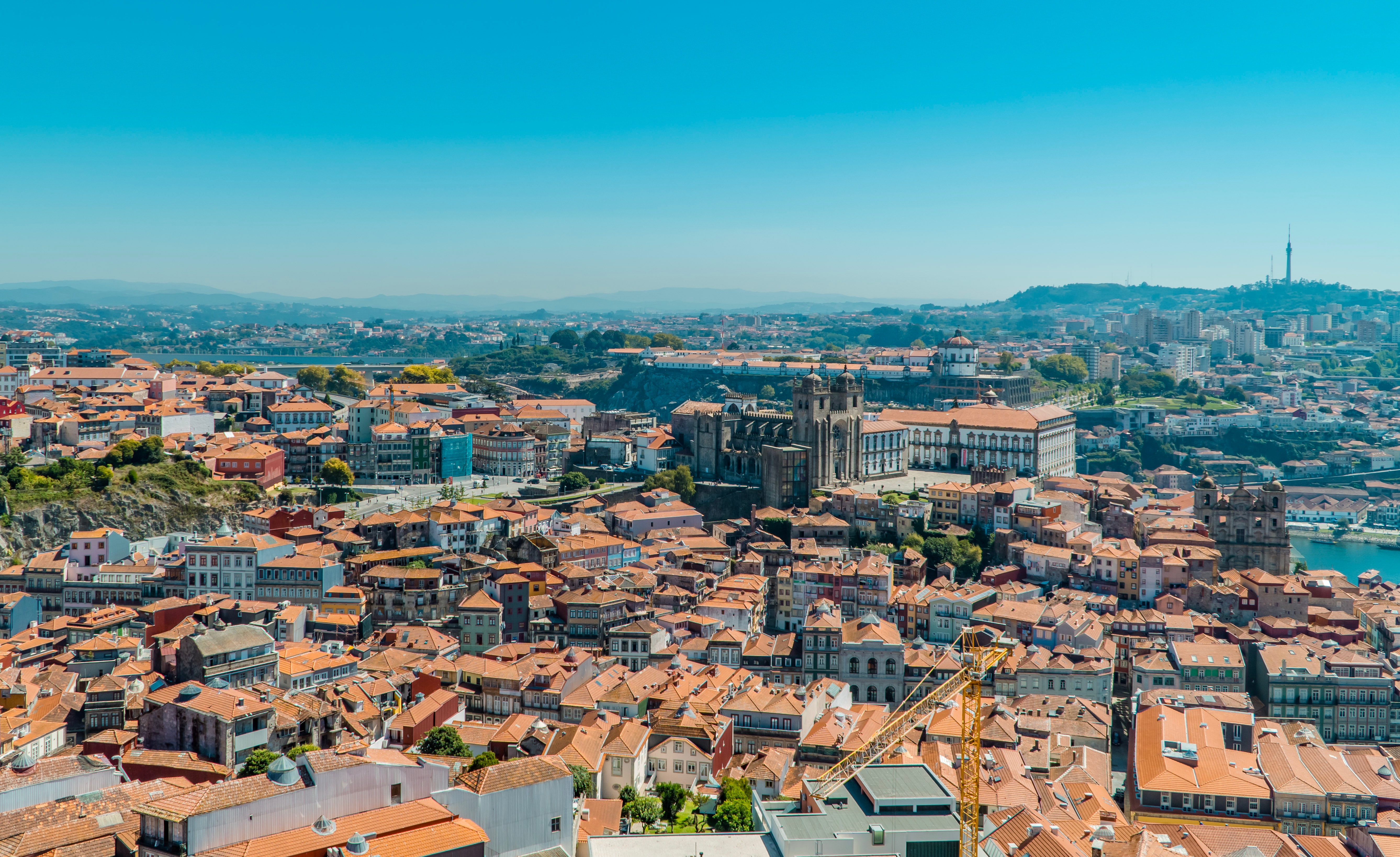 If you’re considering pursuing a degree abroad, then here are the top 5 reasons why Oporto can be a very good option for you. 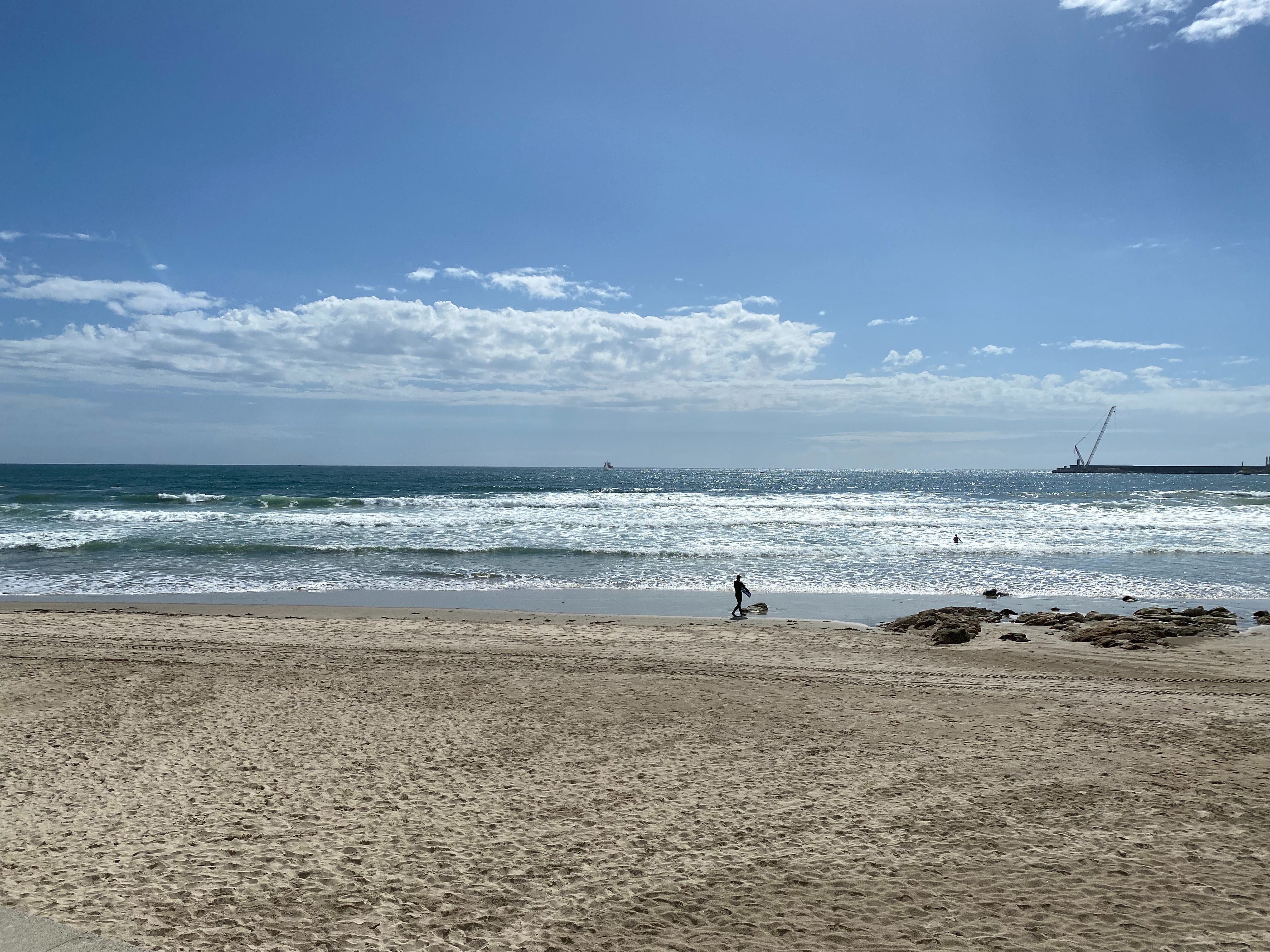 Oporto Student Living
The best beaches to visit in Porto!

Are you spending the summer at the Xior Campus Asprela residence and want to make the most of the good weather? Then visit our suggestions … 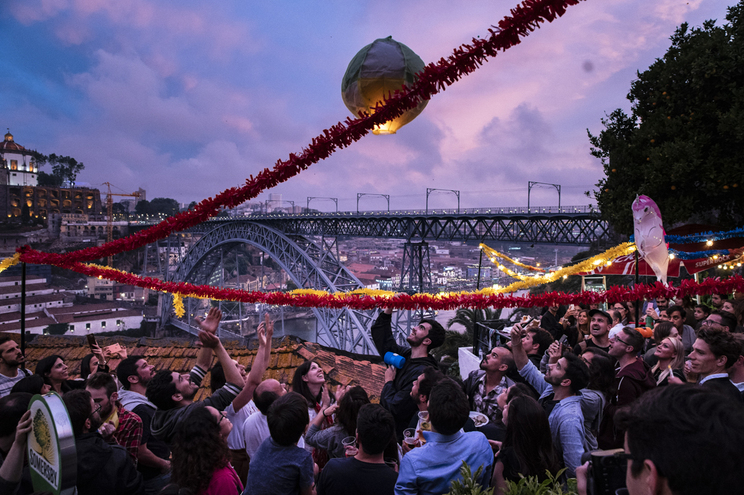 Grab all your #XiorFamily friends and celebrate one of the most famous holidays in Porto: St. John! 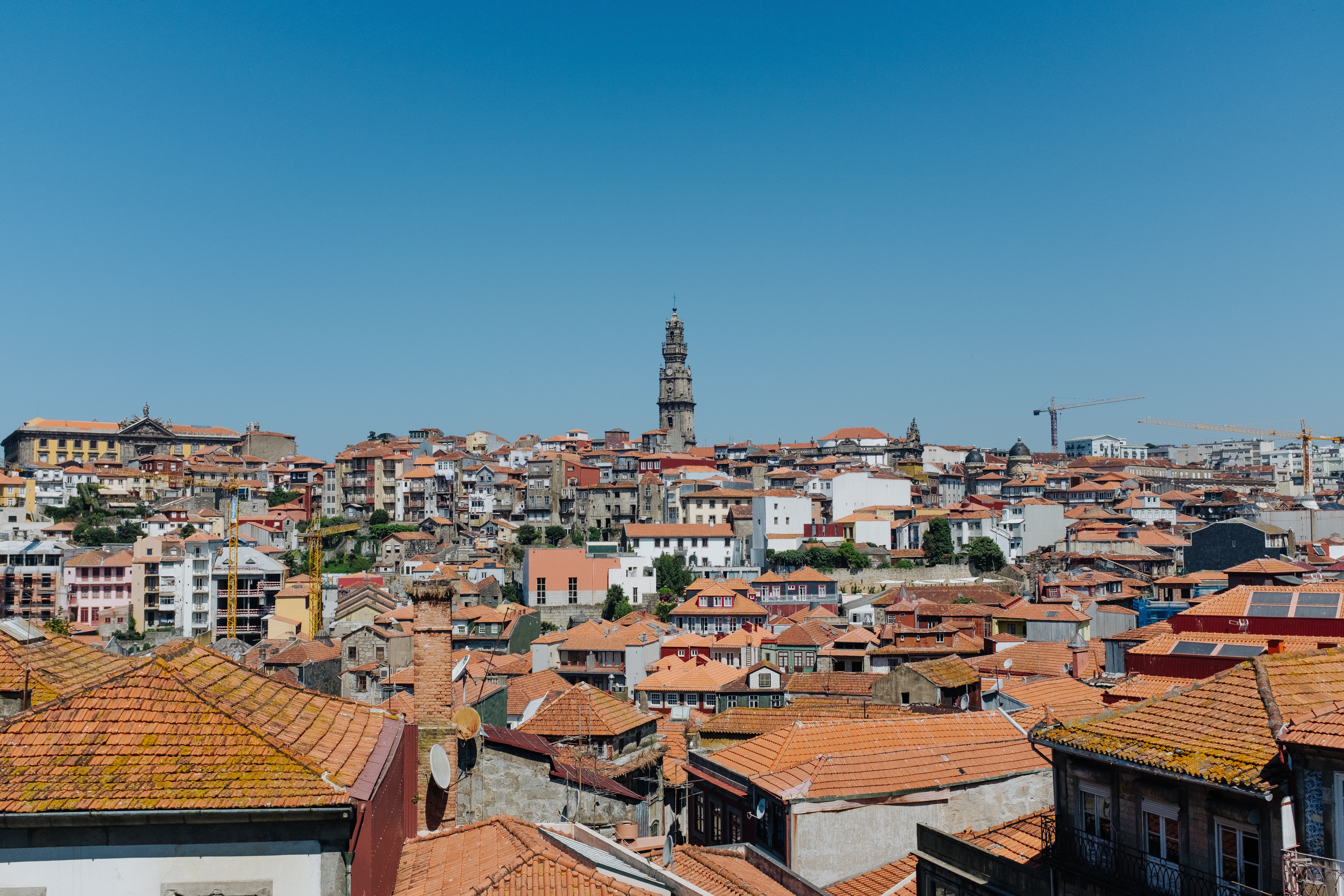 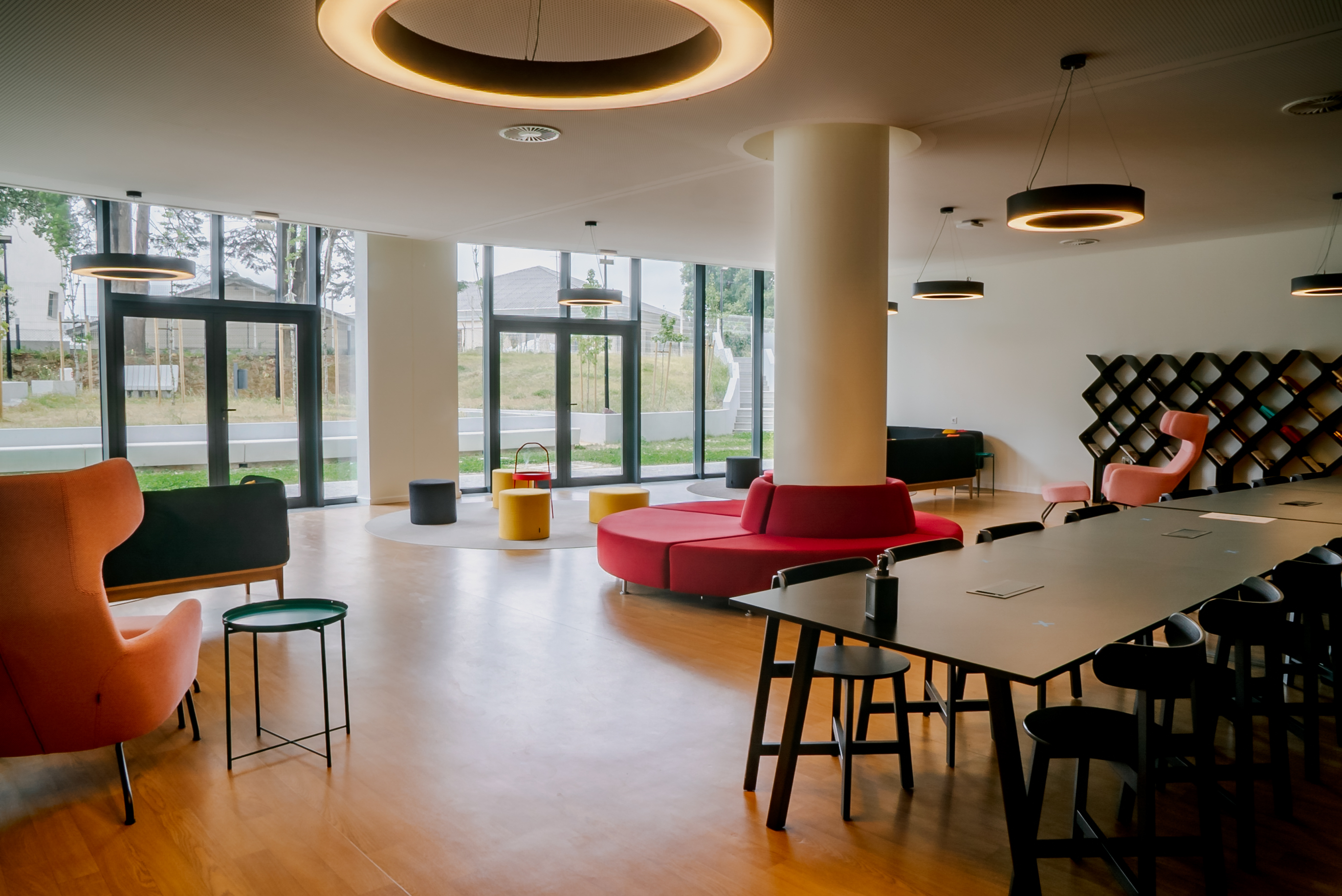 Oporto Student Living
Why choose Porto for your Erasmus Experience

Not sure if choosing Porto for your Erasmus experience was the best idea? In this article, we’ll show you that YES, it was! 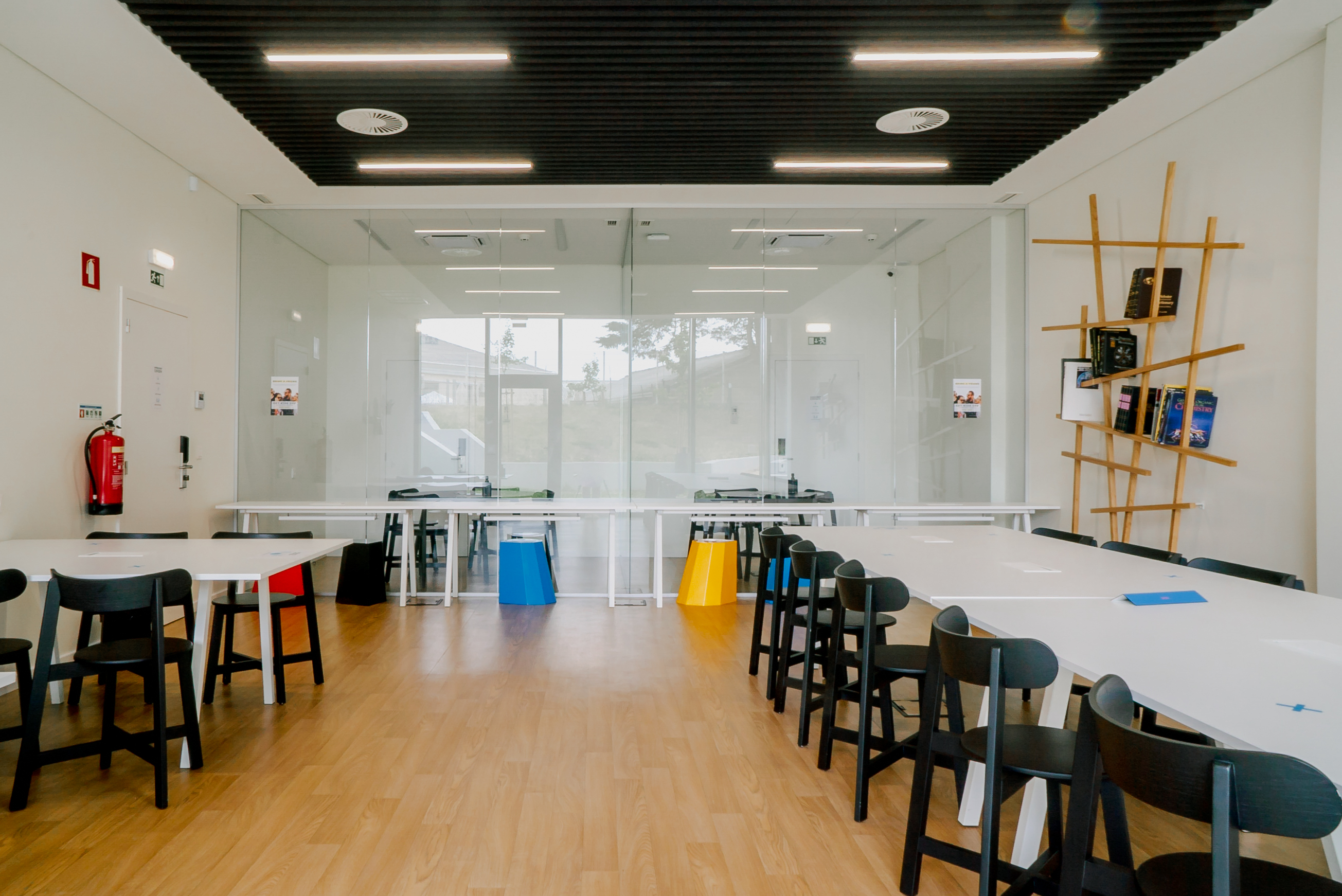 Ever feel like taking off your sweatpants, getting out of bed, and going somewhere that really boosts your productivity? If the answer is …

Oporto Student Living
What is the cost of living in Porto?

Porto is one of the top studying abroad destinations in Europe. With a very affordable cost of living, Porto draws thousands of students and … 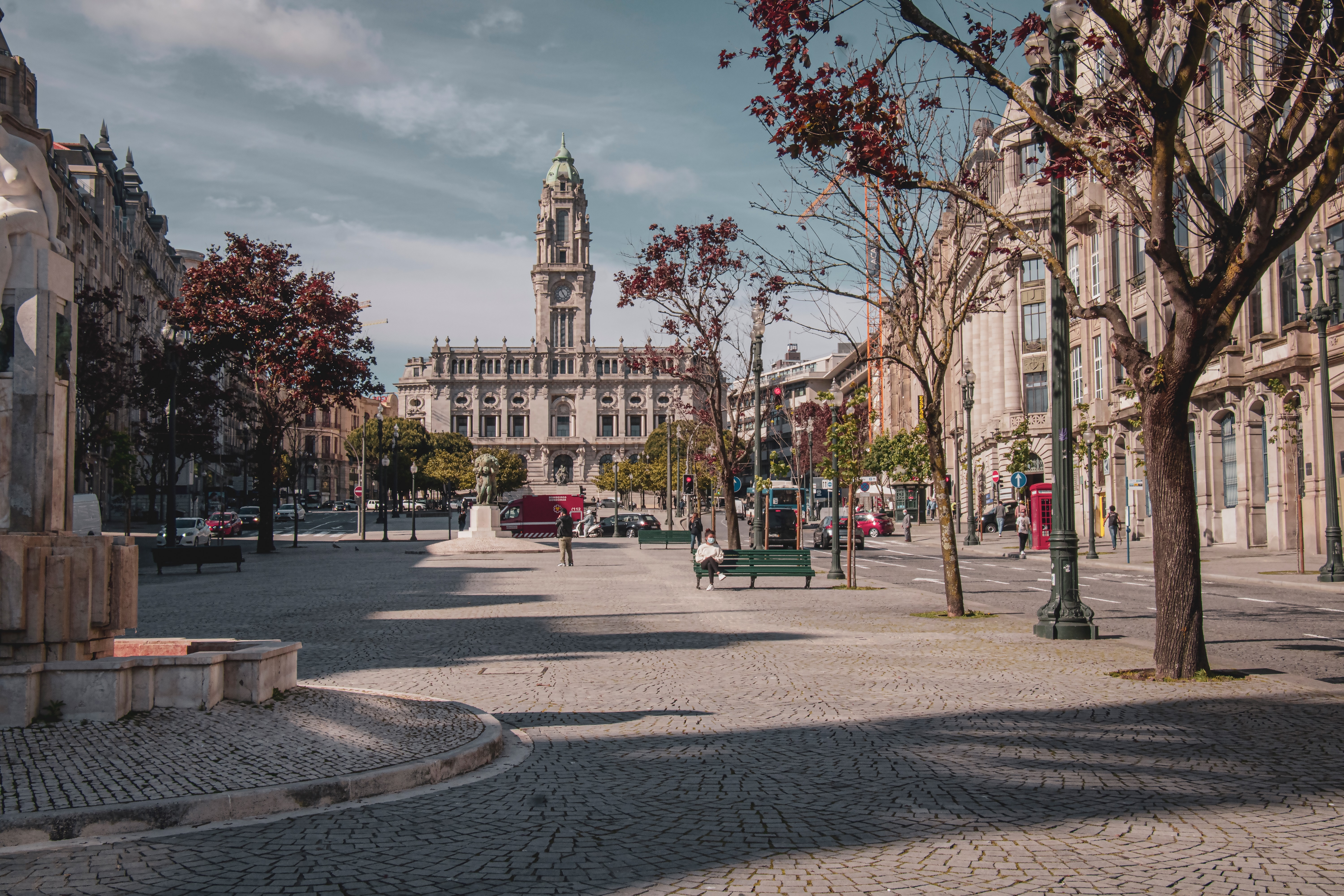 Oporto Student Living
Erasmus in Porto: what you need to know before going

Did you know that Porto is just as great as Lisbon when it comes to Erasmus? Yes! Porto is home to some of the best universities in … 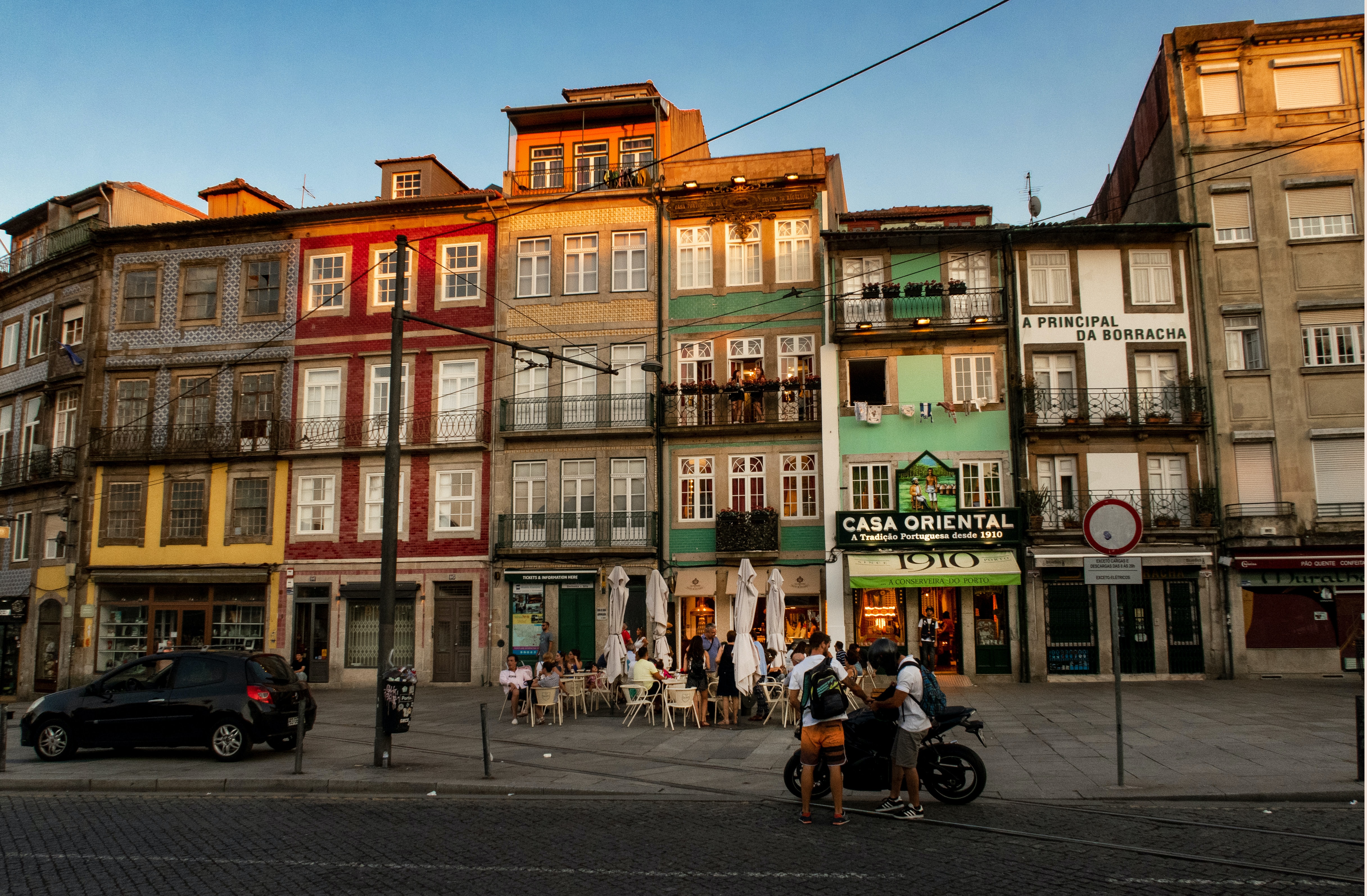 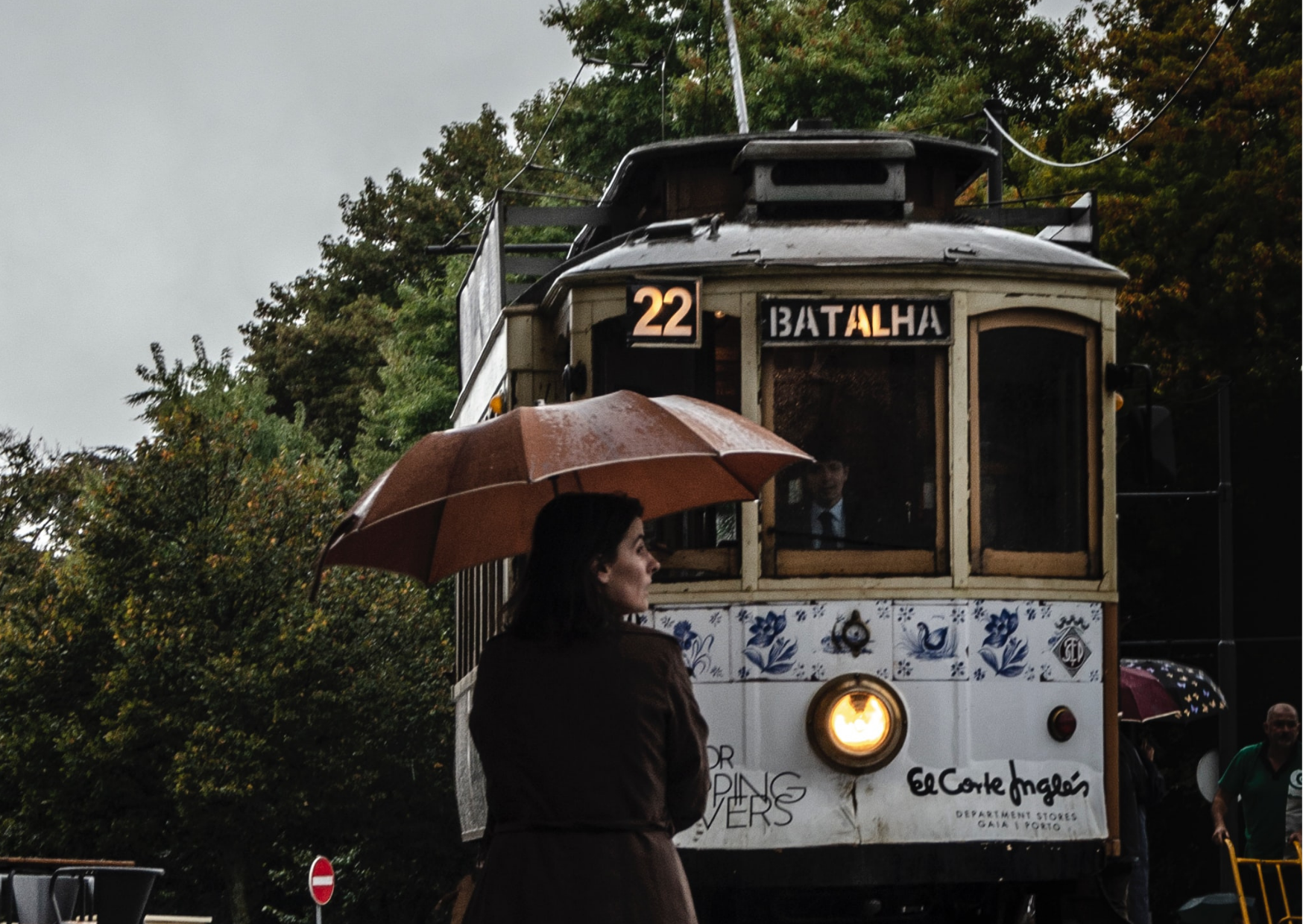 It’s a rainy day and have you lost the will to enjoy the day? We give you five tips on how to enjoy your day in Porto, rain or shine! 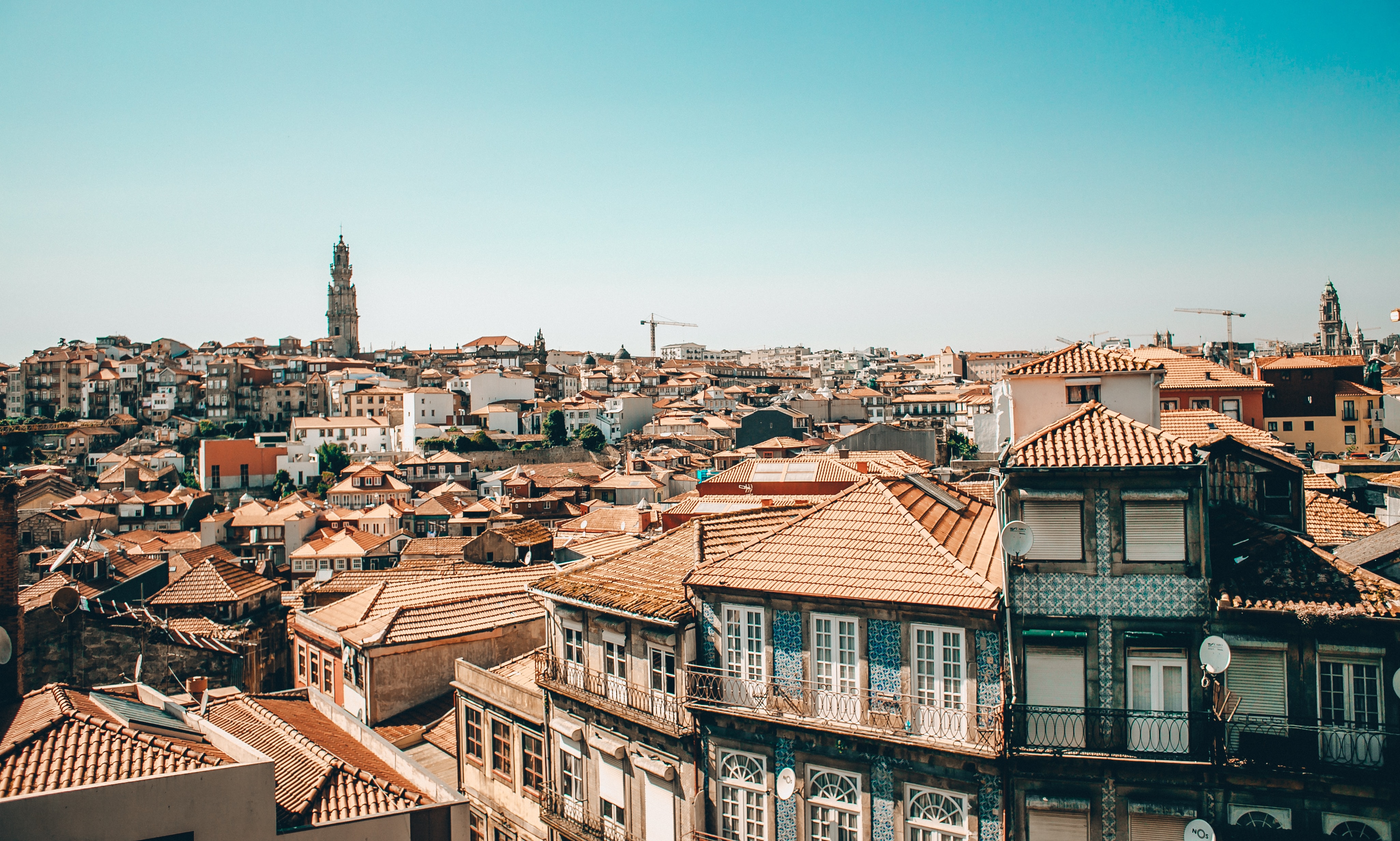 Your great university experience is just around the corner, so we’ll give you some tips to make the most of your stay in Oporto! 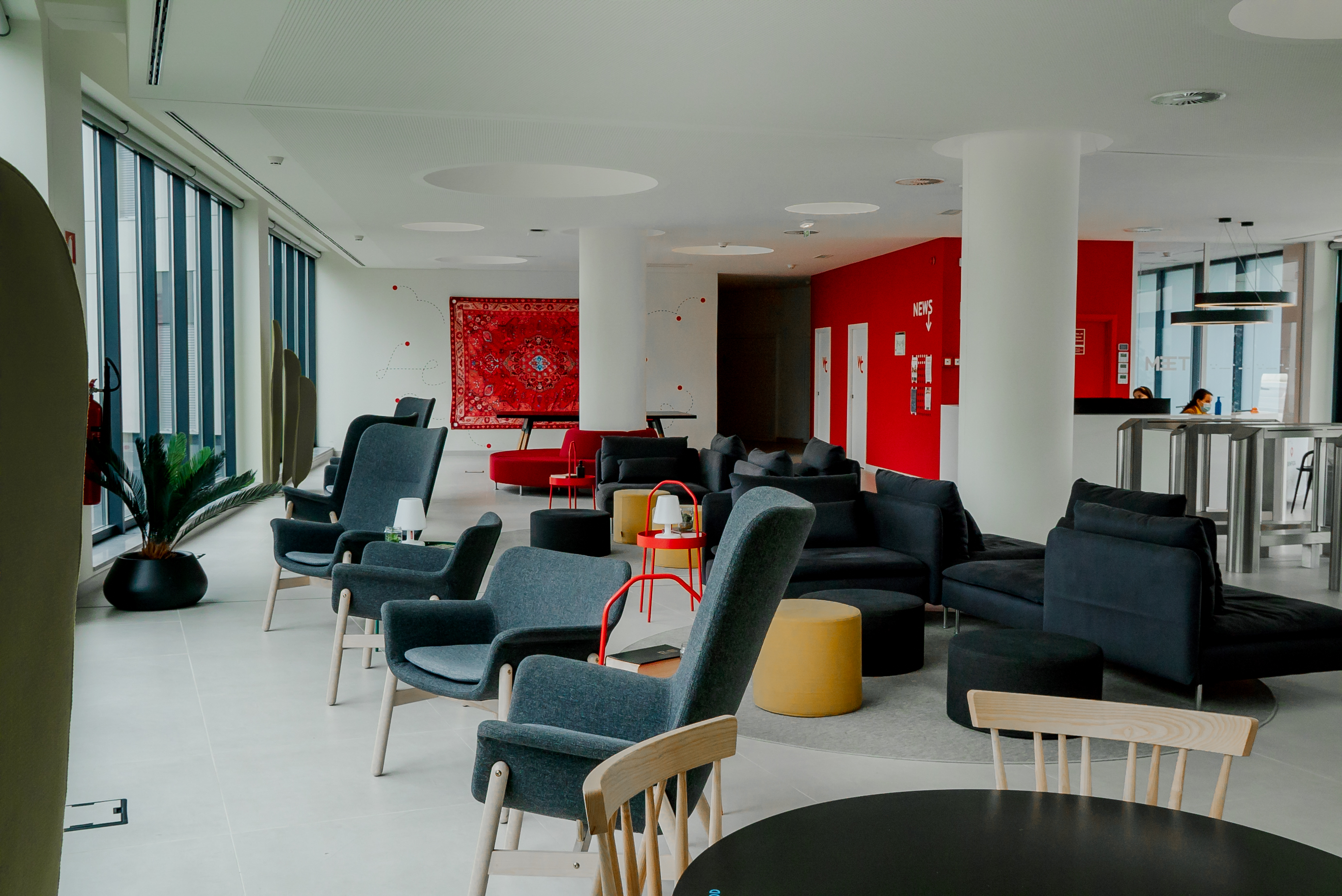 Our residences can be a lot of fun even on rainy days, so we give you some tips on how to make the best use of your time with U.hub Xior! 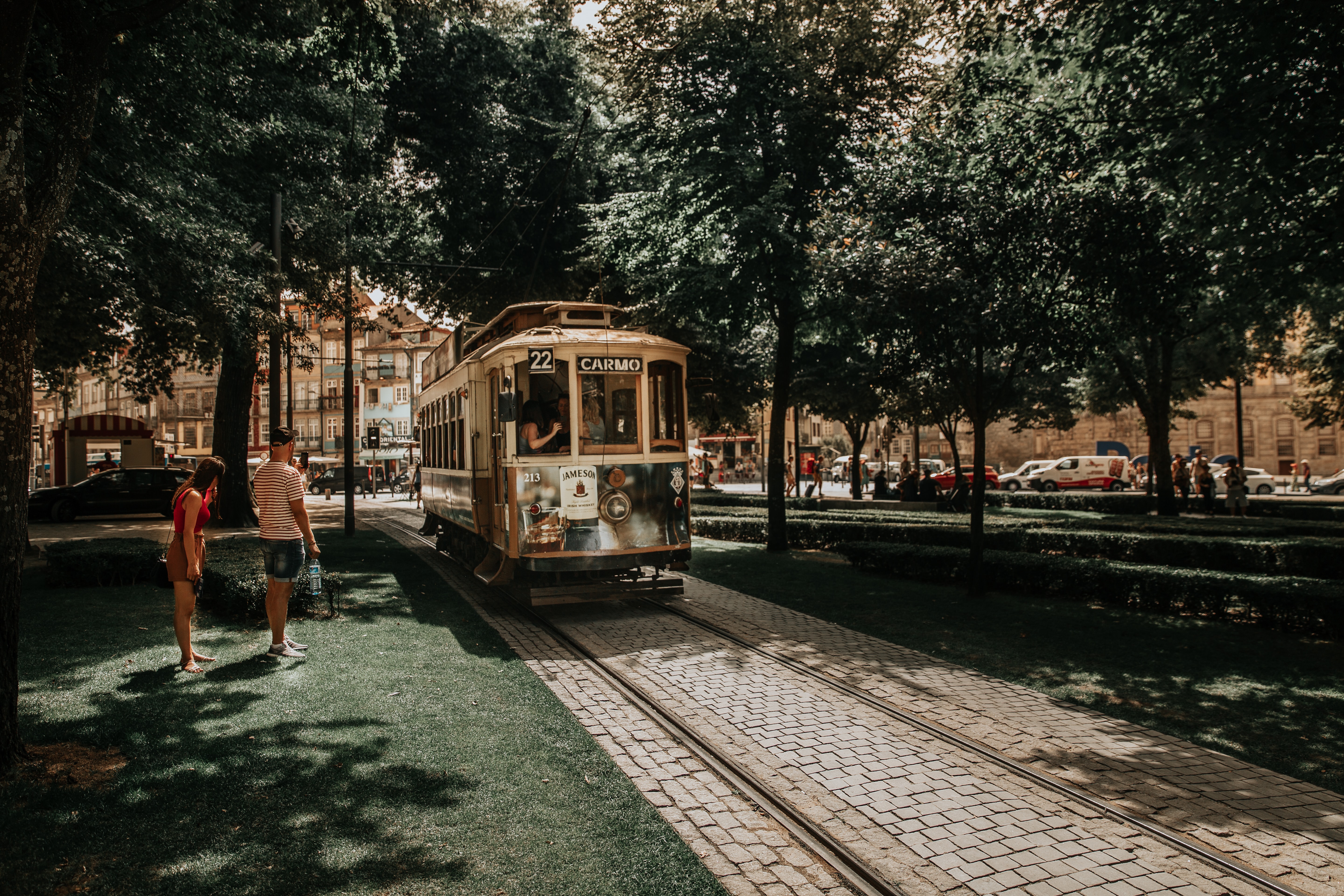 Oporto has a lot to offer during the entire year, and it wouldn’t be different in Autumn. It is time to say goodbye to the sunny days … 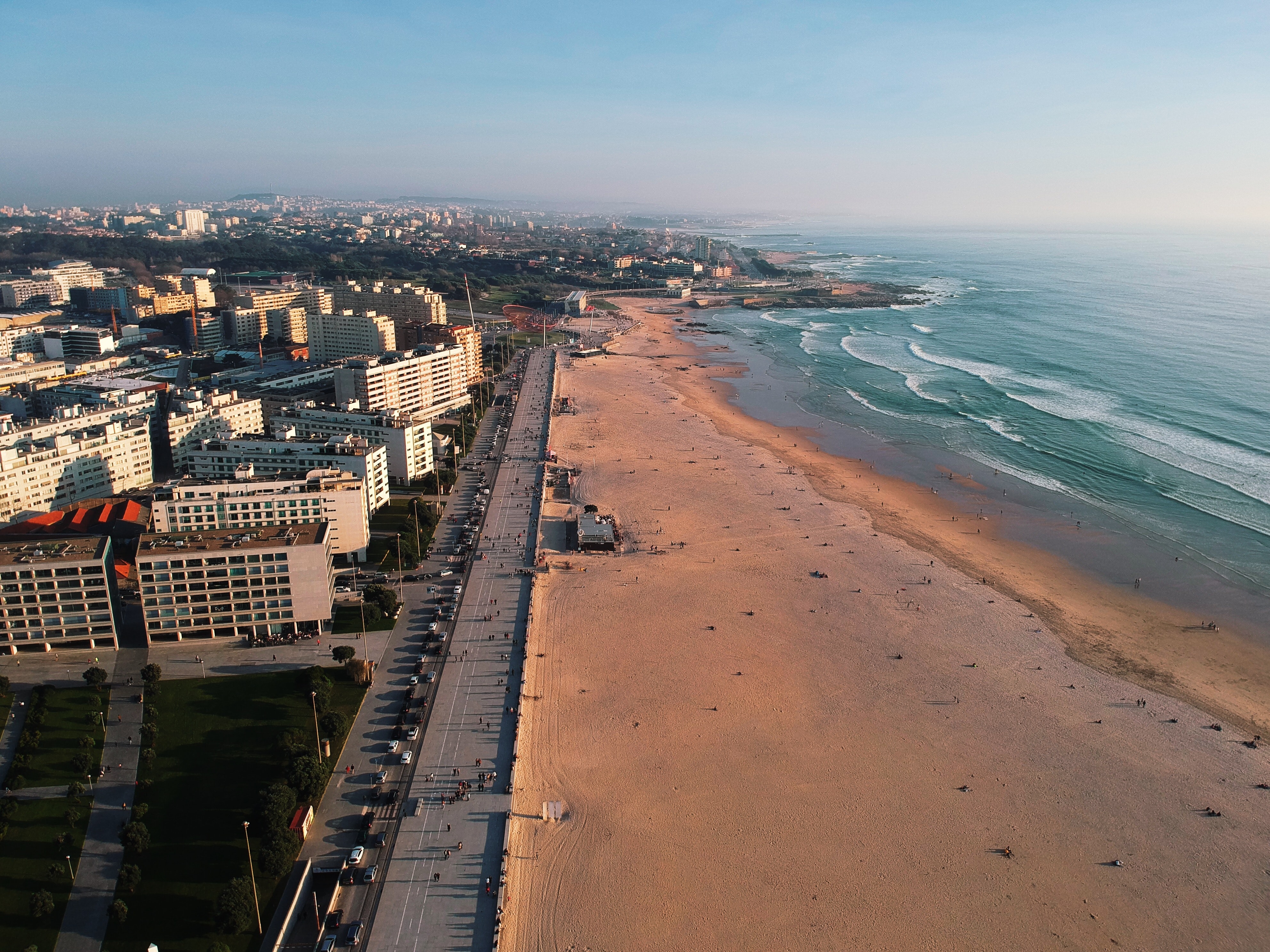 Oporto Student Living
The Best Beaches to go in Oporto

Oporto has become one of the best destinations for vacation, working, and studying. The city is famous for its tiled facades, Francesinhas, … 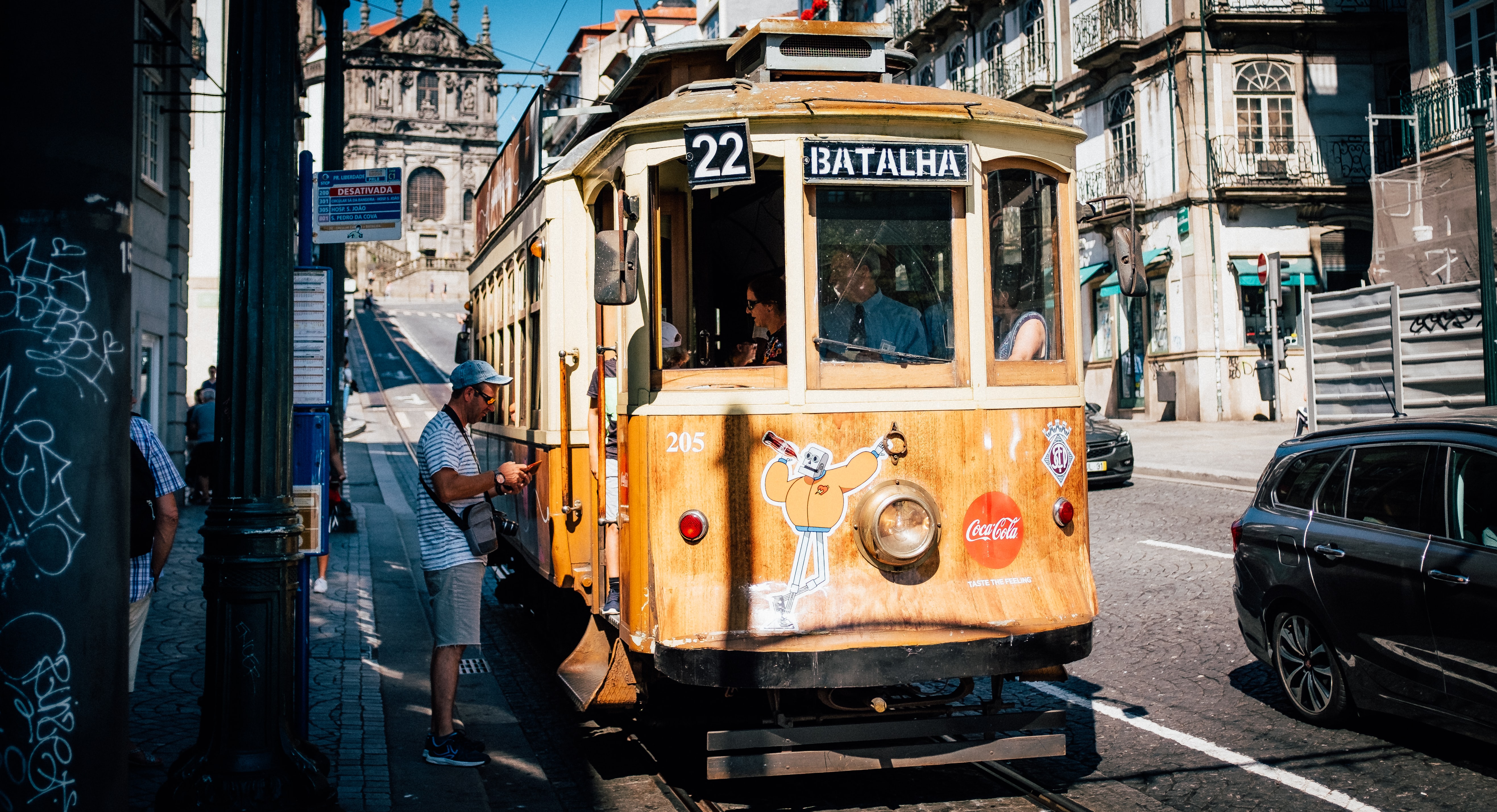 Oporto Student Living
Why choose Oporto for your Erasmus Experience

Many reasons may influence your decision to choose Oporto for your Erasmus Experience. We already highlighted what you need to know before …

June is the month of festivities and celebrations for the Popular Saints. All the country celebrates the nights of St. Anthony, St. John, …

Oporto Student Living
Why should students settle down in Oporto?

Want to settle down in Oporto after studies? Then check out the top 5 reasons which make Porto a wonderful city to spend the rest of your … 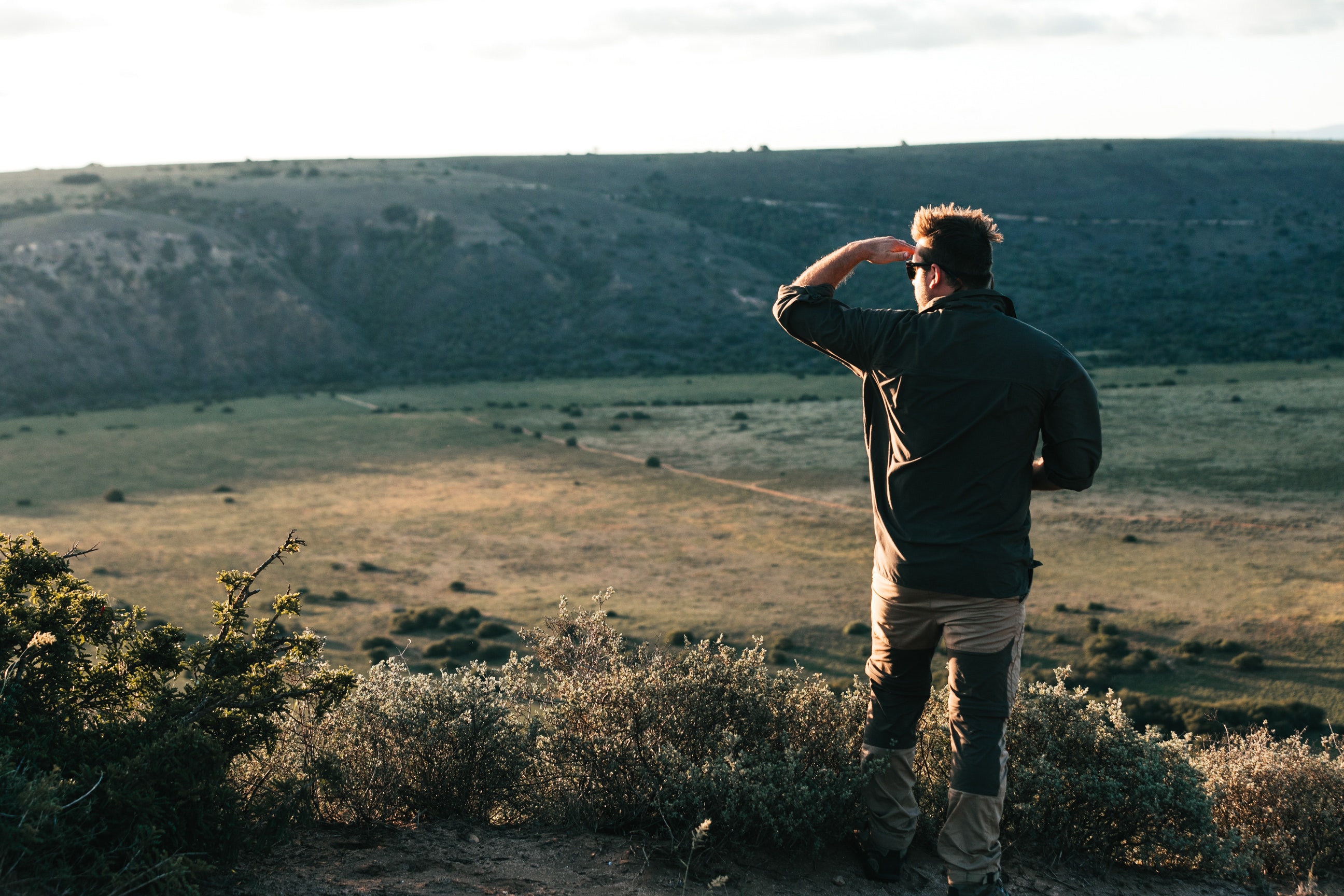 One of the best parts of living in Porto (aside from the amazing Douro wine), is that the city offers dozens of things to do on a student … 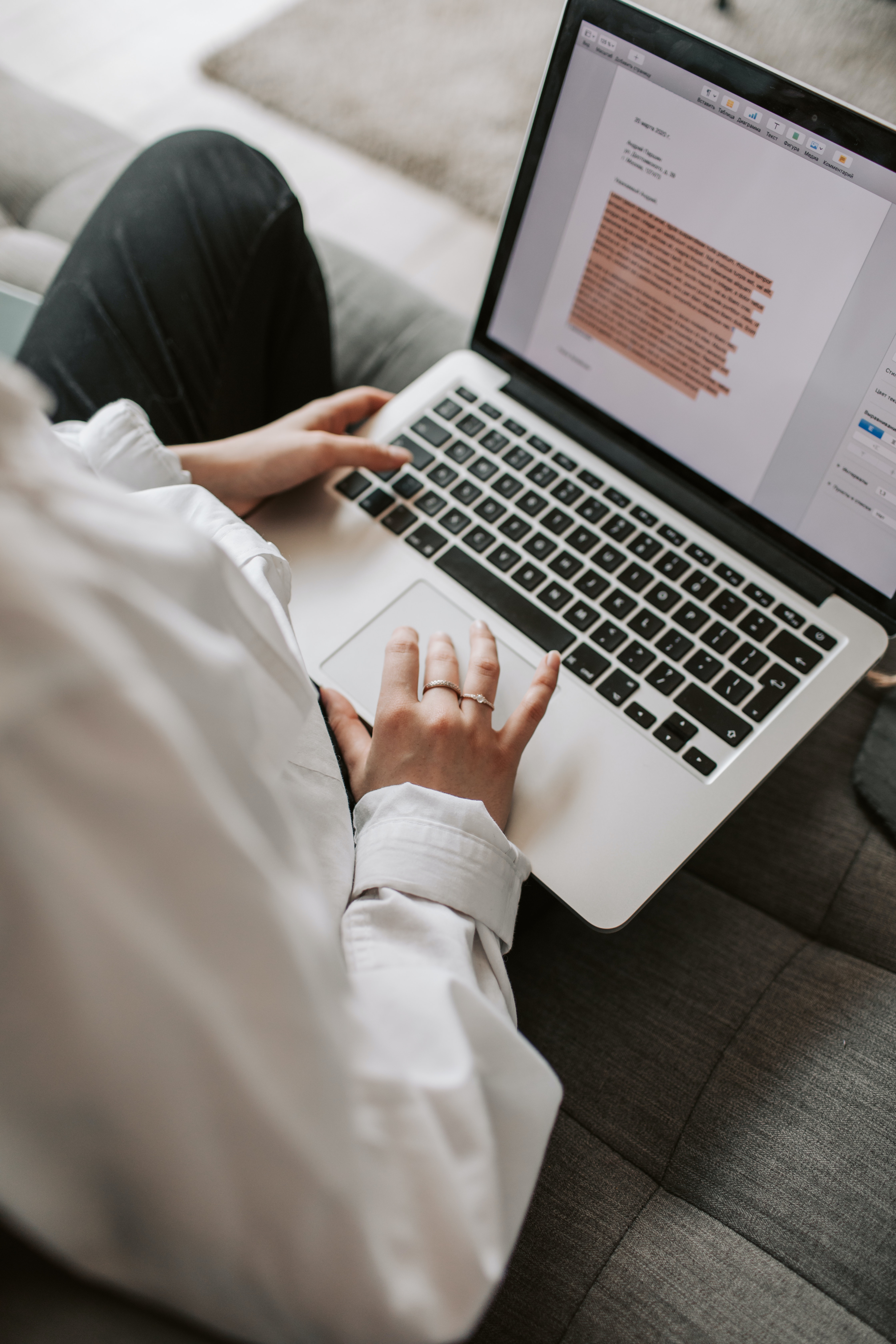 Ever felt the urge to ditch the sweatpants, get out of bed and head over to a place that truly stimulates your productivity? If the answer … 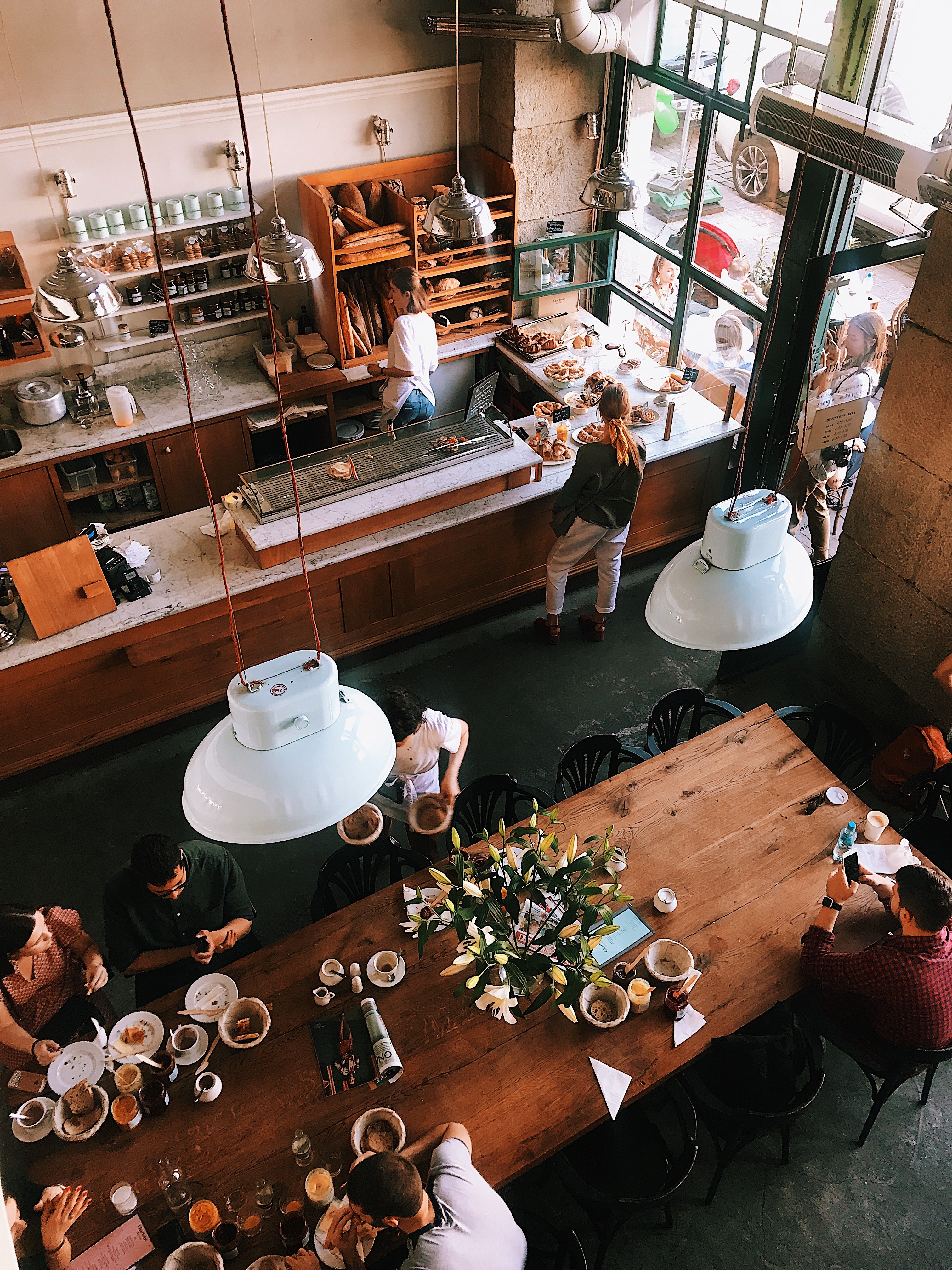 Oporto Student Living
What are the best budget restaurants in Oporto 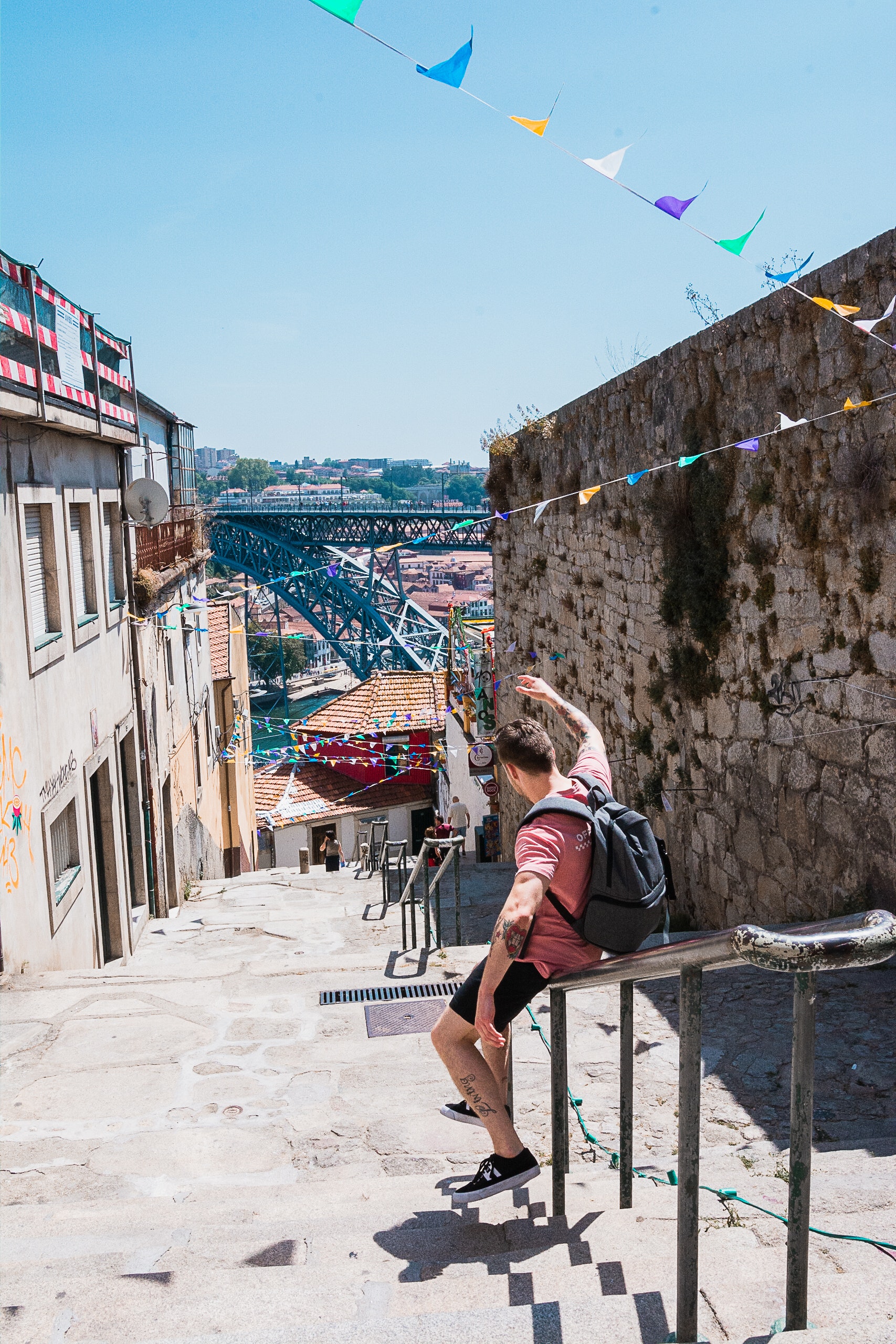 If you choose to do your Erasmus in Porto, we promise you will love it. And to make your life easier before you move, we created a quick … 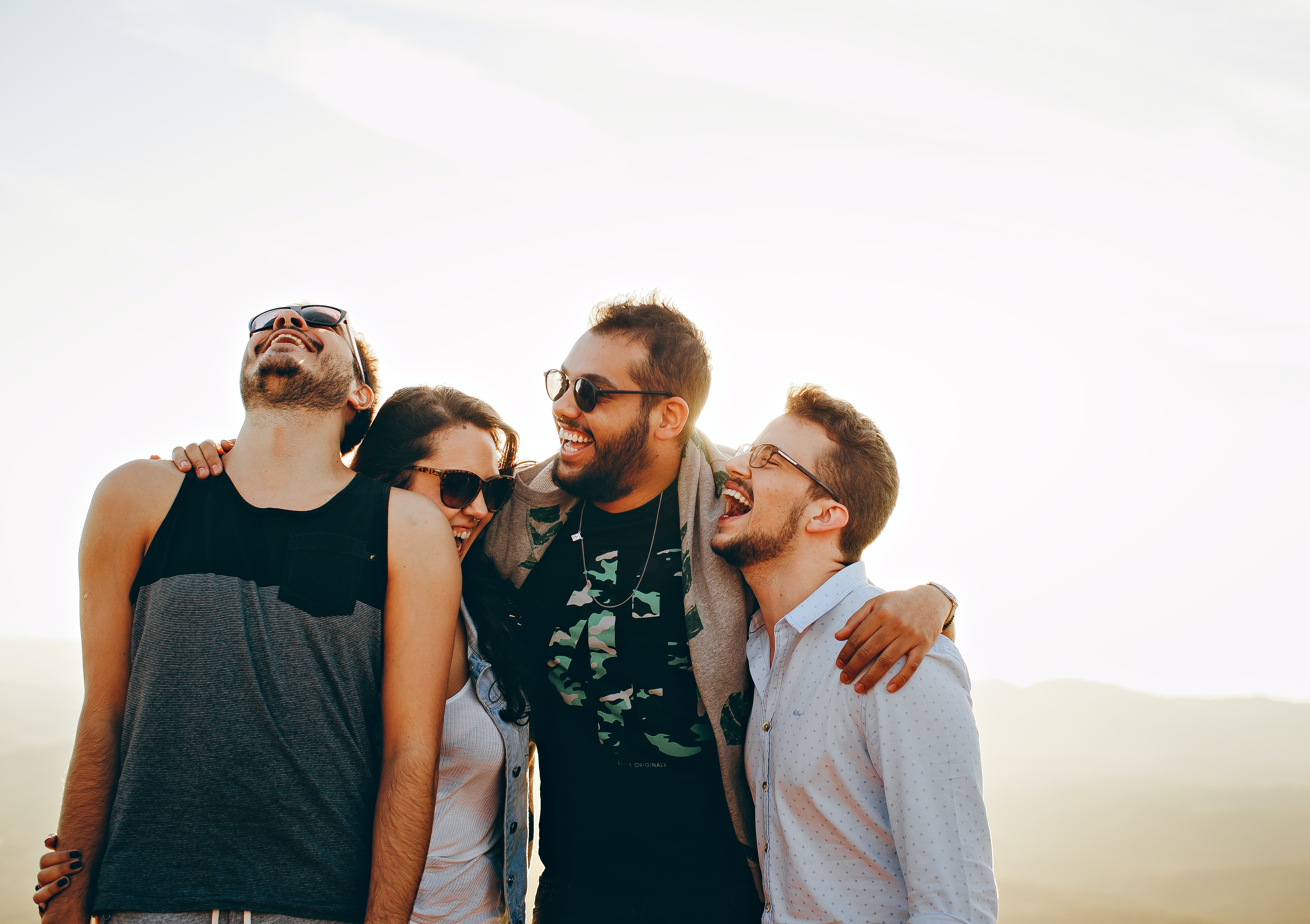 Looking for student accommodation is one of the most important things when planning for your Erasmus in Porto. It will be the place where … 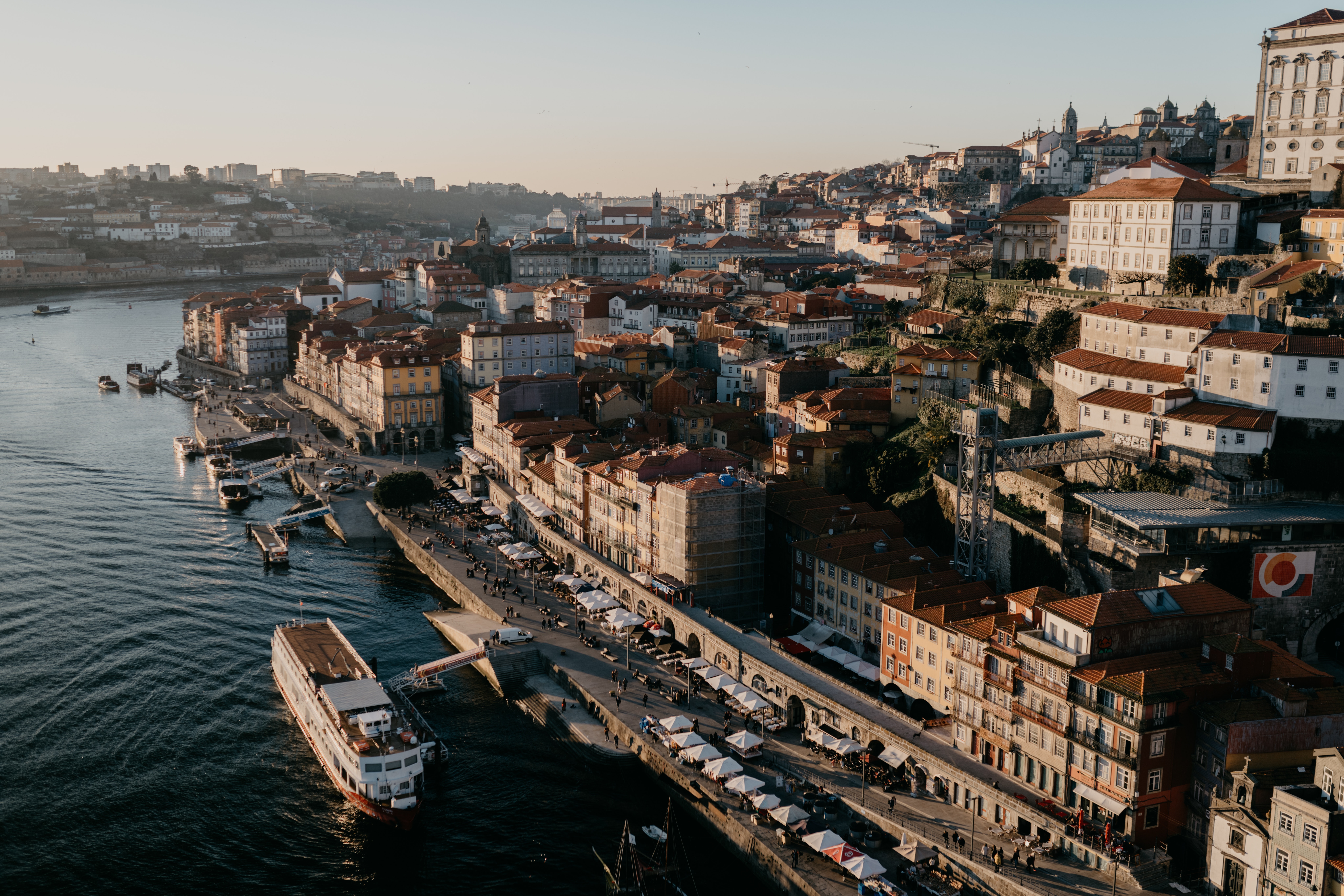